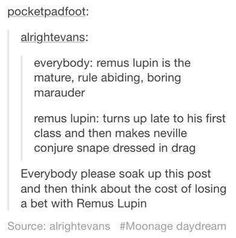 If Remus is the boring and mature Marauder, can you imagine what life would have been like if Sirius and James had lived? 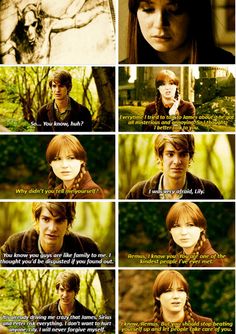 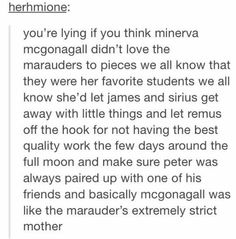 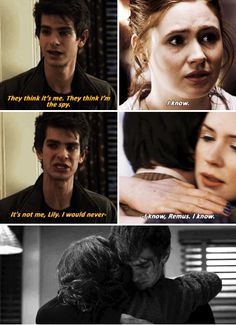 Remus Lupin and Lily Evans - “Your mother was there for me at a time when nobody else was.” 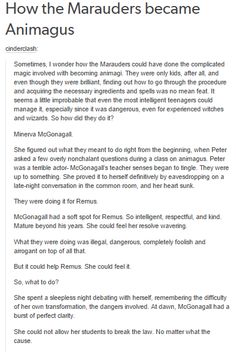 'Tis I. - How the Marauders became Animagus

How the Marauders became Animagus part 1 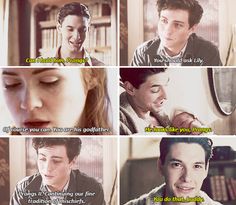 the marauders and lily 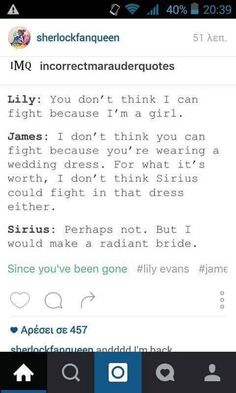 Of course Sirius would make a wonderful bride lol 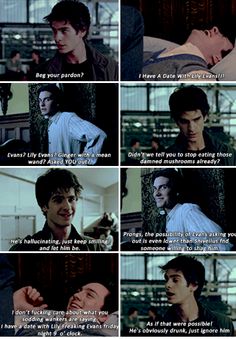 I personally like this headcanon that James eventually stopped asking Lily out (not because he gave up on her, but because he wanted to at least be friends with her if nothing else) and Lily realized she'd fallen for him, even if she didn't want to admit it. After weeks of denial and then acceptance and then frustration that James wouldn't ask her out, Lily swallows her pride and just asks him out one day. 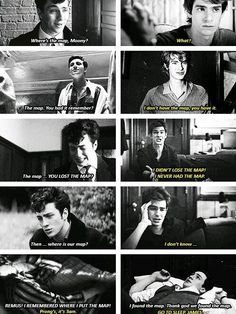 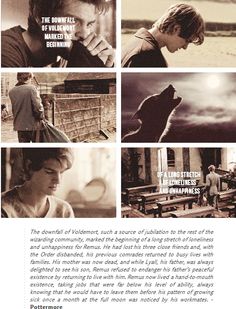 Tears... Moony was just too precious and I can't imagine how lonely he must have been all these years and it makes me cry every time... 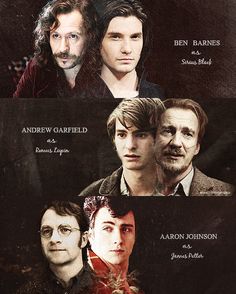 from poetry to pornography on imgfave

A fun image sharing community. Explore amazing art and photography and share your own visual inspiration! 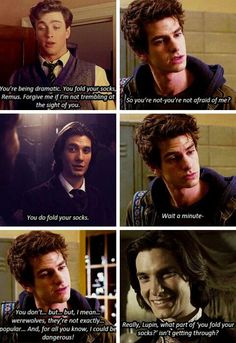 Who would be afraid of Remus 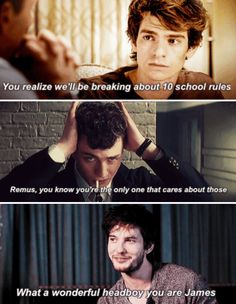 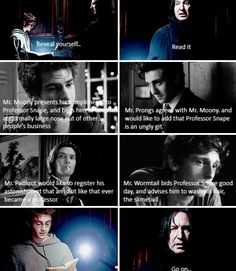 One of many fancasts for the marauders.

Remus about being a werewolf 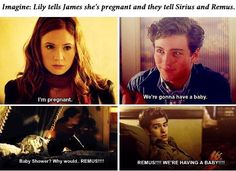