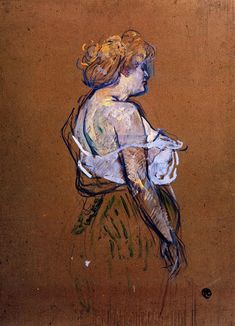 Henri Marie Raymond de Toulouse-Lautrec-Monfa (1864-1901), also known as Henri de Toulouse-Lautrec⏭, was a French painter⏭, printmaker, draughtsman, caricaturist, and illustrator whose immersion in the colourful and theatrical life of Paris in the late 19th century allowed him to produce a collection of enticing, elegant, and provocative images of the modern, sometimes decadent, affairs of those times. 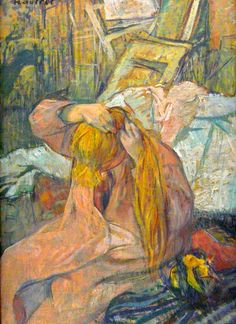 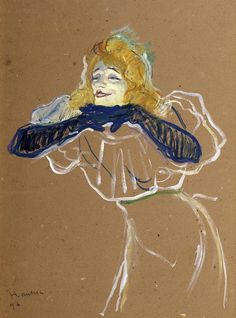 Discover the Parisian cabaret stars made famous through the great artist's posters. 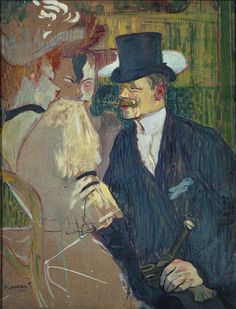 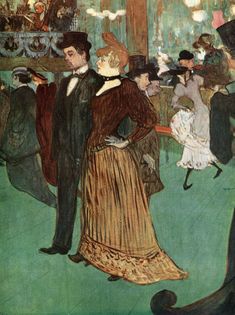 Throughout his career, which spanned fewer than 20 years, Henri de Toulouse-Lautrec (1864-1901) created 737 canvases, 275 watercolours, 363 prints and posters, 5.084 drawings, some ceramic and stained glass work, and an unknown number of lost works. His debt to the Impressionists, in particular the more figurative painters Claude Monet 1840-1926 and Edgar Degas 1834-1917, is apparent. 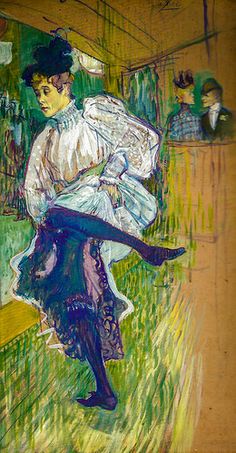 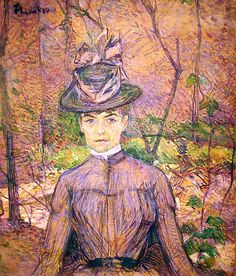 Oil on canvas; 55 × 46 cm. Henri Marie Raymond de Toulouse-Lautrec-Monfa or simply Henri de Toulouse-Lautrec was a French painter, printmaker, draughtsman, and illustrator, whose immersion in the colorful and theatrical life of fin de siècle Paris yielded an œuvre of exciting, elegant and provocative images of the modern and sometimes decadent life of those times. Toulouse-Lautrec is known along with Cézanne, Van Gogh, and Gauguin as one of the greatest painters of the Post-Impressionist… 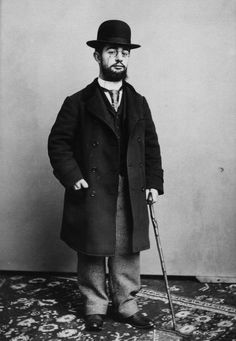 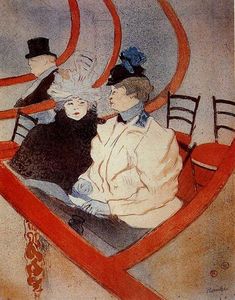 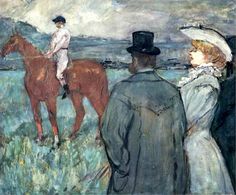 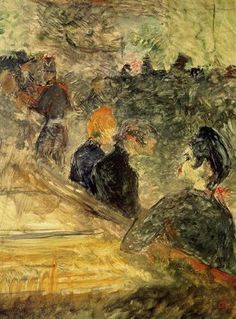 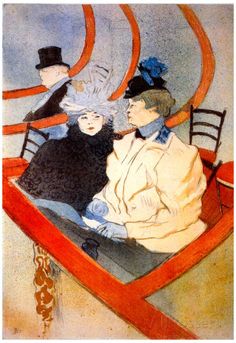 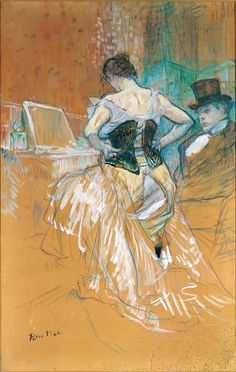 The Grand Palais is currently home to 200 artworks that retrace the career of the French painter, whose paintings chronicle Parisian nightlife during the Belle Époque, as well as the era's most famous personalities. 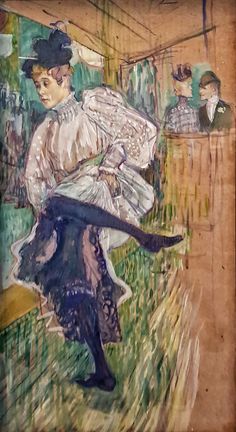 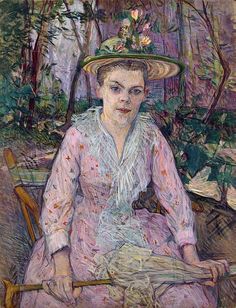 Berthe, who came from Brittany to make a living in Paris, wound up in the Green Parrot whorehouse that Lautrec used to visit. It was not hard to persuade her to pose. Berthe looks as if she dressed up for a formal portrait, with an expensive hat of fine straw, an umbrella, and a gown with lace trimming. She undoubtedly wants to look like a lady of society, and she almost succeeds, except the artist could not resist adding irony, however sympathetic. Berthe looks as if she is part of a… 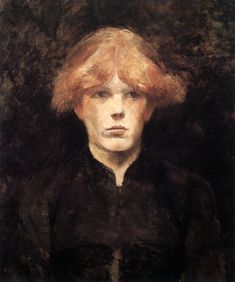