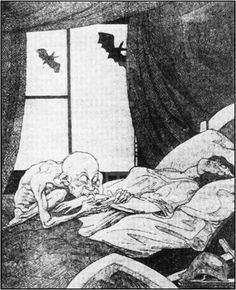 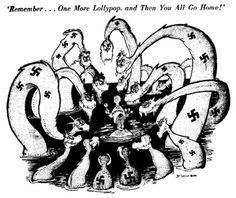 Dr. Seuss was an American treasure for all of his amazing contributions throughout his prolific life. His political cartoons during WWII provide a wonderful opportunity for students to analyze obvi… 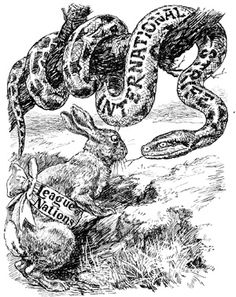 On the centenary of the battle of the Somme, we are publishing the list of articles written by Alan Woods to examine different aspects of the First World War. 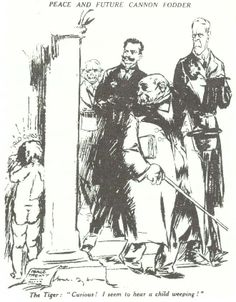 A cartoon drawn in 1920 by British cartoonist Will Dyson, after the signing of the peace settlement at Versailles. It shows David Lloyd George, Vittorio Orlando and Georges Clemenceau (the Prime Ministers of Britain, Italy and France respectively), with Woodrow Wilson, US President, emerging after a meeting at Versailles to discuss the Peace Treaty. The '1940 class' boy predicts the future war that the Peace Treaty would trigger. He turned out to be only a few months off! 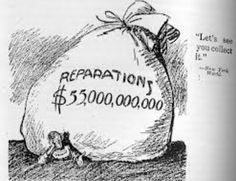 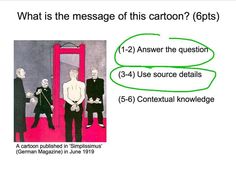 This video provides an in depth analysis of a GCSE History cartoon from the event surrounding the signing of the Treaty of Versailles (after WW1). Although applicable…