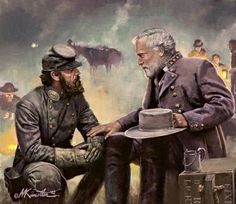 8th Ohio at Gettysburg by Dale Gallon: Attack on the left flank of Pickett's Charge 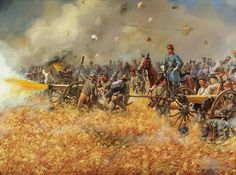 "The Boy Major" by Mark Maritato. 19 Year old Joseph White Latimer, the youngest Major in the Confederate Army of Northern Virginia, commands his 16-gun artillery battalion on Benner's Hill at Gettysburg. While dueling with Federal guns on Culps Hill, Latimer was mortally wounded by an enemy artillery shell; he died of his wounds almost a month after the battle. 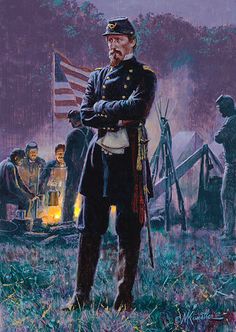 Winfield Scott Hancock: “My politics are of a practical kind: the integrity of my country, the supremacy of the federal government, and an honorable peace, or none at all.” 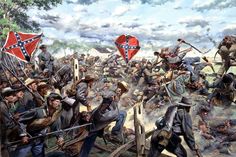 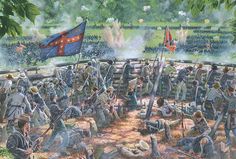 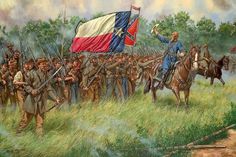 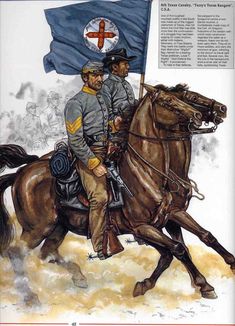 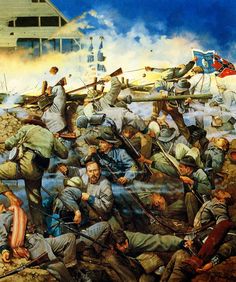 The Battle of Franklin - Franklin was a disaster for the Army of Tennessee and the Confederate fight in the west. Franklin - by Rocco. 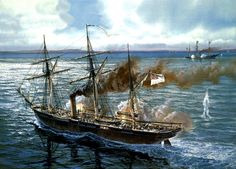 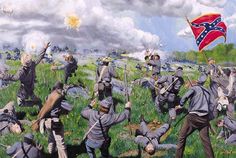 July 1, 1862 - In day 7 of the Seven Days Battle, Union artillery stopped a Confederate attack at Malvern Hill, Virginia. Gen. Robert E. Lee launched a series of disjointed assaults on the nearly impregnable Union position on Malvern Hill. Union forces commanded by Maj. Gen. George B. McClellan fired back, mowing down Southern soldiers seeking to charge up the slope toward them. All told, the Confederacy suffered more than 5,300 casualties in the day's fighting. 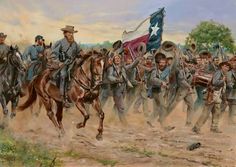 "Give Us Hood" by Don Troiani. The men of the 1st Texas Regiment cheer their brigade Commander John Bell Hood during the Antietam Campaign of 1862. 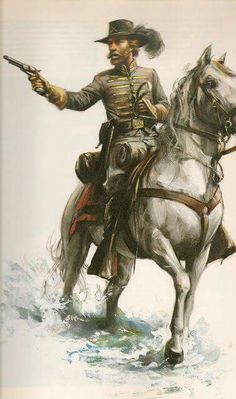