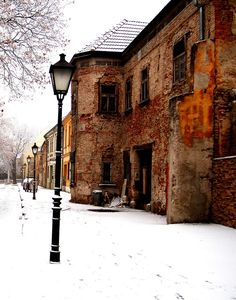 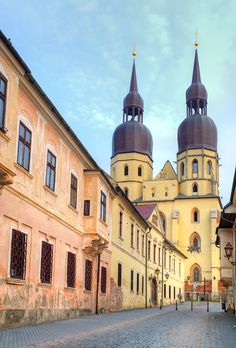 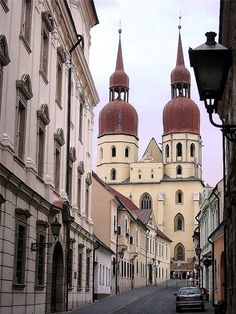 Dom sv Mikulas, Trnava, Slovakia. The Dom sv Mikulas in Trnava with its two Baroque steeples was promoted from a mere parish church in 1526 to the temporary seat of the archbishop of Hungary. The transfer of the Hungarian religious center was caused by the Turkish invasion of most of Hungary. At the time, the Hungarians were forced to retreat north of the Danube. 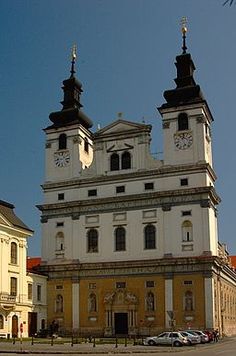 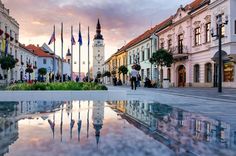 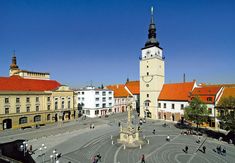 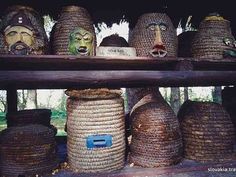