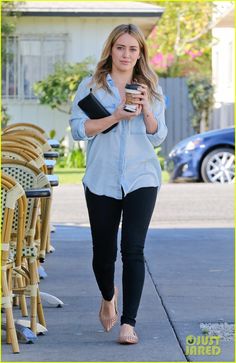 Hilary Duff: I'm Still Writing & Recording Music!: Photo #3011459. Hilary Duff steps out to get in a morning workout on Friday (December 13) in West Hollywood, Calif. The day before, the 26-year-old actress and entertainer stopped… 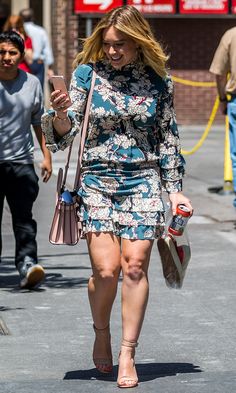 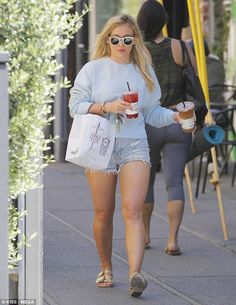 It's thirsty work being a Hollywood star. And Hilary Duff proved this on Saturday as she nipped out in LA to grab a cool beverage to quench her. 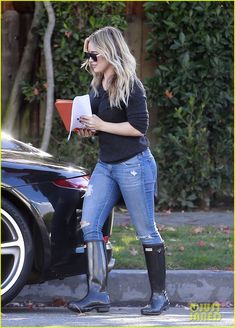 Hilary Duff Thanks Paparazzi for Taking 'Sweet Pic' of Luca: Photo #2997728. Hilary Duff and her husband Mike Comrie head back to their car after checking out a new school for their son Luca on Thursday (November 21) in Studio City, Calif.… 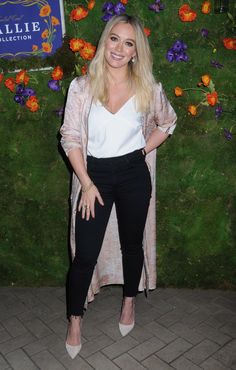 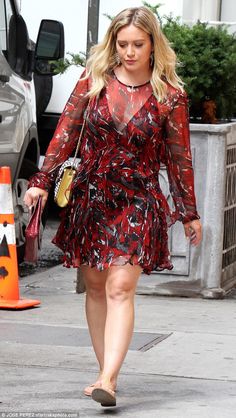 The 28-year-old actress put her slender stems on display in a sheer red mini dress before slipping into cute black overalls on the New York City set of her comedy drama Younger on Thursday. 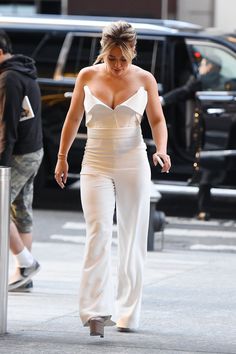 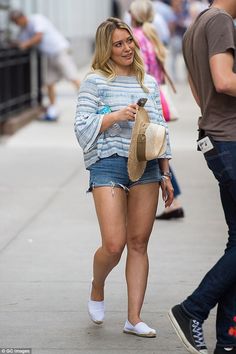 Hilary Duff is seen in her Daisy Duke shorts in NYC

The former child star flashed her bare legs in a pair of short Daisy Duke cut-off shorts which she paired with a light linen top in blue and beige when on the set of her TV series Younger. 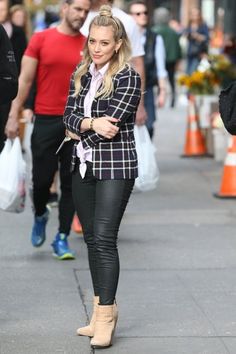 Hilary Duff Photos - Actress and singer Hilary Duff is spotted on the set of her new TV series 'Younger' filming in New York City, New York on October 29, 2014. The series tells the story of a single mom (Sutton Foster) who suddenly finds herself back in the workforce but her age is proving extremely difficult. - Hilary Duff Films 'Younger' in NYC 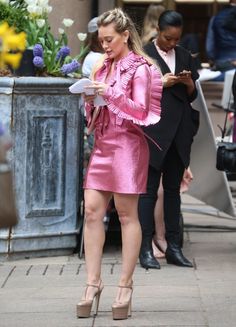 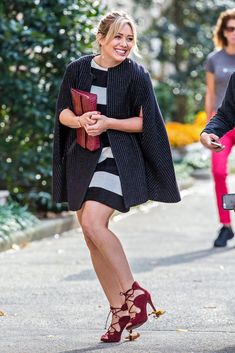 Hilary Duff Looks Like the Perfect Advertisement For Fall

Photo of Hilary Duff Looks Like the Perfect Advertisement For Fall 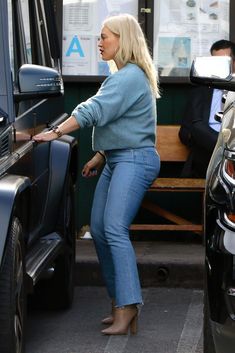 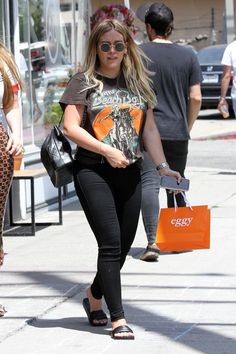 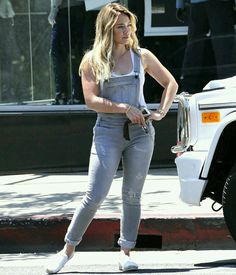 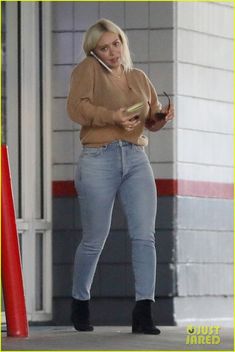 Hilary Duff Heads Out for the Day in Beverly Hills!: Photo #4199255. Hilary Duff is looking chic! The 31-year-old Younger actress and 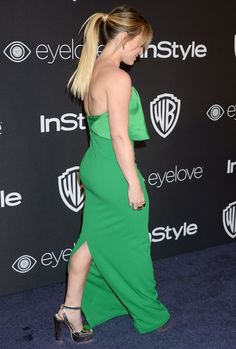