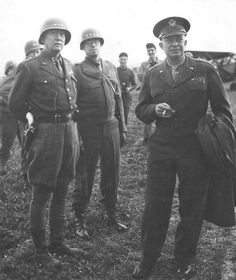 Generals Eisenhower, Patton and Bradley in France shortly after D-Day...Thank goodness that Roosevelt let the military fight this war to win it. 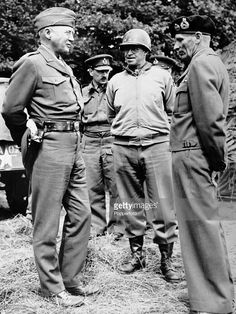 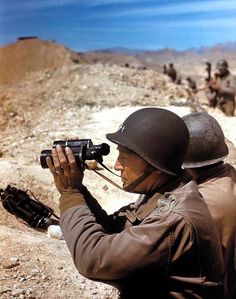 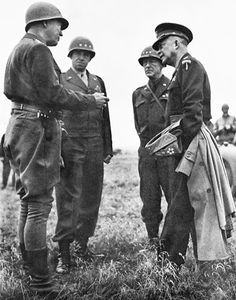 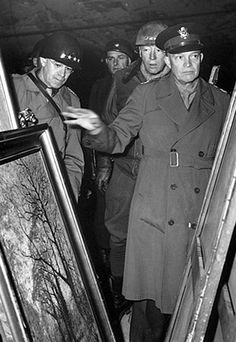 We pit The Monuments Men true story vs. the movie. See pics of the real George Stout, Rose Valland and James Rorimer. 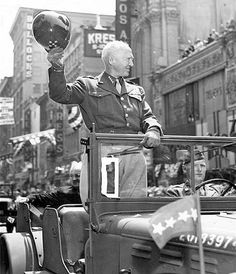 General George S Patton is honored with a parade through Los Angeles and a reception at the Memorial Coliseum before a crowd of over 100,000. He speaks in front of the Burbank City Hall and at the Rose Bowl in Pasadena, wearing a chest full of medals and two ivory-handled revolvers (not pearl, as is often incorrectly asserted). He punctuates his speech with some of the same profanity that he has used with his troops. June 9, 1945 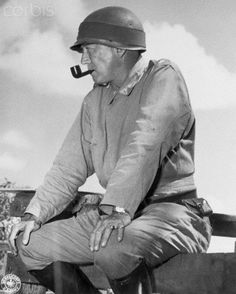 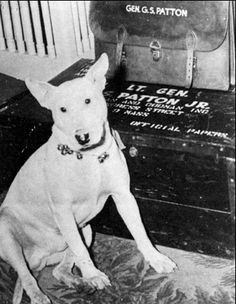 General Patton and His Dog Willie

General Patton was a bad-ass, so naturally, he had a bad-ass dog. He was a Bull Terrier, he was named after William the Conqueror, and he followed Patton everywhere. Patton and his dog had a special bond and Willie was loyal to the end. Enjoy the pictures and read more about Willie -- HERE. Willie and the troops Patton, his Generals, and Willie Notice the spot on his nose George C. Scott and a fake Willie Willie going for a ride with the General Willie after General Patton's death 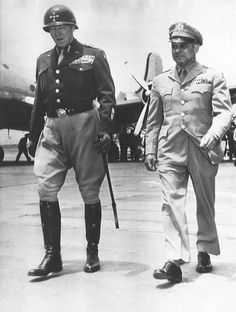 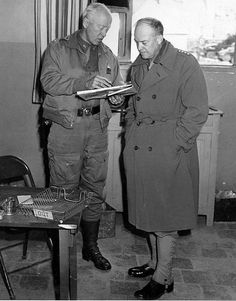 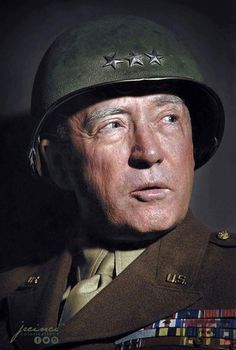 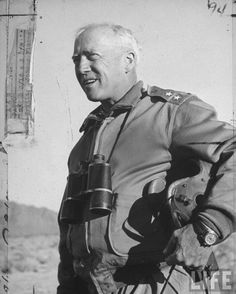 PICTURES OF THE WAR 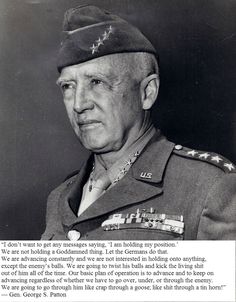 550 views on Imgur: The magic of the Internet 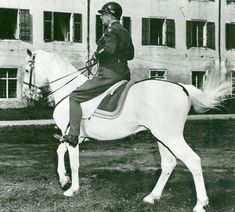 George Patton And The Camera 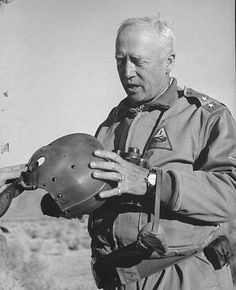 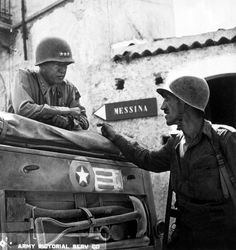