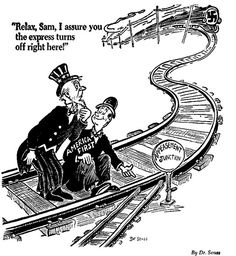 Political cartoon on appeasement. The character in the cartoon looks really confident that the "train", symbolizing the Nazis, won't hit them. But notice that the train is going at HIGH SPEED, and there is only a short distance left before the train is supposed to "change tracks". Yet the cartoon character is still so confident the train won't hit them! What does this tell you about the western powers' attitude towards the Nazi threat before WWII? How did this attitude eventually lead to… 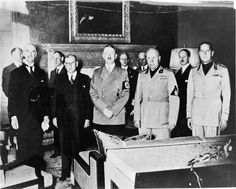 How Britain Hoped To Avoid War With Germany In The 1930s

Appeasement was Britain’s pre-World War Two policy of allowing Hitler to expand German territory unchecked. Here's why it was popular at the time. 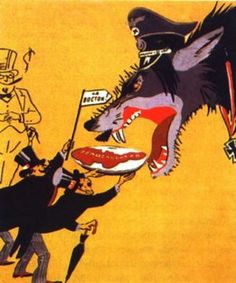 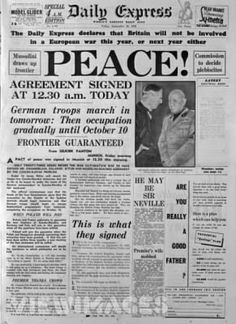 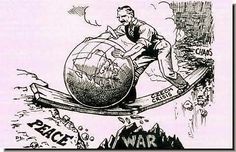 The Myth Of Appeasement: Chamberlain And Daladier Were Not Cowards

Chamberlain and Daladier were no cowards. Circumstances forced them. It is not as if they were fooled by Hitler. The British and French economies were not strong enough to sustain armament. Also the people were wary of war again. 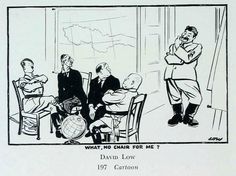 The Munich Conference that decided the fate of Czechoslovakia in 1938. 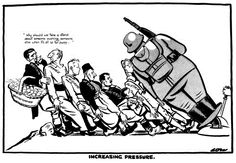 This cartoon of February 1938 by the British cartoonist David Low shows Germany crushing Austria. Next in line is Czechoslovakia. At the back, Britain says to France, who is next-to-last: ‘Why should we take a stand about someone pushing someone else when it’s all so far away?’ . 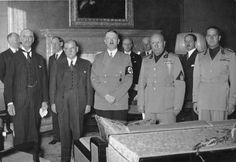 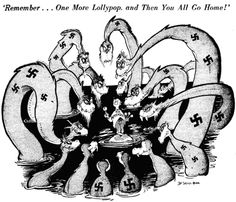 Will Appeasement really work? Will appeasement prevent war in Europe? 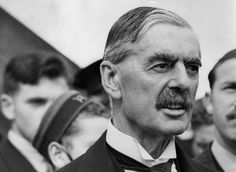 World War II: Before the War

British Premier Sir Neville Chamberlain, on his return from talks with Hitler in Germany, at Heston airfield, London, England, on September 24, 1938. Chamberlain brought with him a terms of the plan later to be called the Munich Agreement, which, in an act of appeasment, allowed Germany to annex Czechoslovakia's Sudetenland. 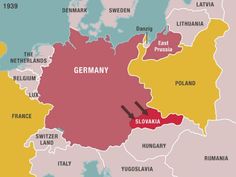 Slovakia submits to Nazi Germany. Hitler wants all areas taken from Germany by the Treaty of Versailles to be returned. The Sudetenland and Czechoslovakia catches his eye. Despite resistance from Czechoslovakia the Munich Agreement (1938) between England, Fence, Italy and Germany determines that the Sudetenland may be incorporated into Germany. 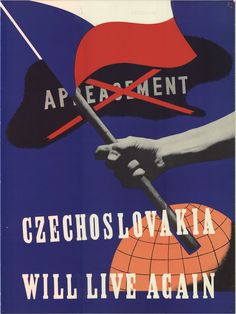 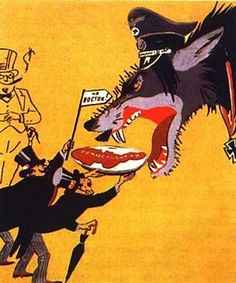